New international references of large water treatment plants, the opening of offices in Malaysia, the change of corporate image or the launch of Vespa, the new DAF, have marked the Salher course this 2018.

Cuba, Costa Rica and Belarus have the last references of Salher large industrial water treatment projects. In the three countries, Salher® has carried out from the design of the plants, including the recreation of the project in 3D, through the start-up in 2018.

Regarding sales, without a doubt, Vespa has been a great joy for Salher® in 2018. This DAF, manufactured in Europe in fiberglass and stainless steel, is already being used as a primary treatment for urban and industrial water in plants all around the world with successful results.

On the other hand, the change of the logo and the consequent evolution of the Salher® brand identity have meant a firm step for the conversion of the company towards new market trends and new media.

The Spanish company continues to expand internationally. During the year, Salher has participated in eight international exhibitions, such as IFAT Munich, AQUATECH Shanghai, ECWATECH Moscow or WEFTEC New Orleans. In addition, since the announcement in January of the opening of its first delegation in Kuala Lumpur, the capital of Malaysia, Salher has incentivized its presence in the Asian market.

PICTURES OF THE YEAR 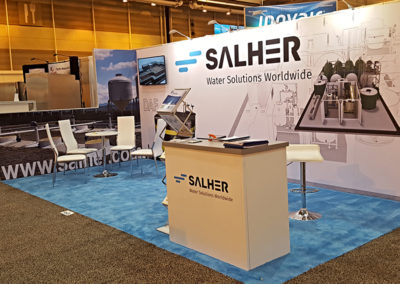 Salher participated in WEFTEC in New Orleans in 2018

In 2018, Salher installed a WWTP in Puerto Moín, Costa Rica 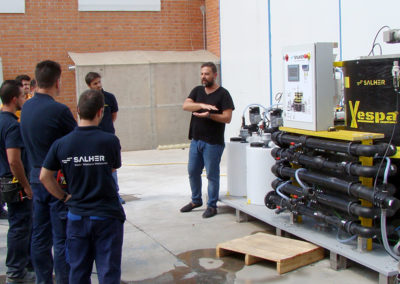 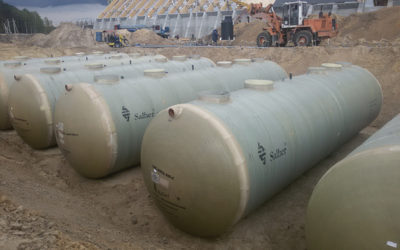 New Salher WWTP for a mining industry in Belarus

Salher has finished recently a wastewater treatment plant instalation for a mining processing industry in Belarus. The Belarusian company located in the city of Pietrykaŭ commissioned Salher the... 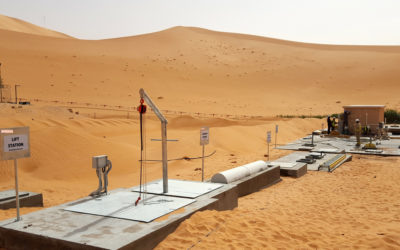 Remote camp installations: how do we treat wastewater from areas hard to reach?

Remote camp installations are prefabricated construction very simple, ideals for industrial workers, especially in areas difficult to access. Nevertheless… what about domestic wastewater in these... 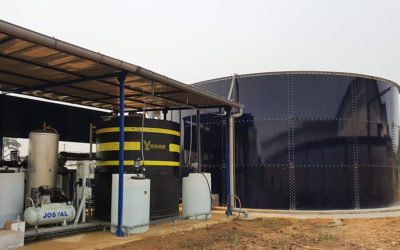 The last installation of a Salher water treatment plant has been for a leading dairy industry in Abidjan, Ivory Coast. With the help of its habitual partner in the area, Epureau Côte d'Ivoire,...

Designed and developed to meet all the requirements in water treatments. 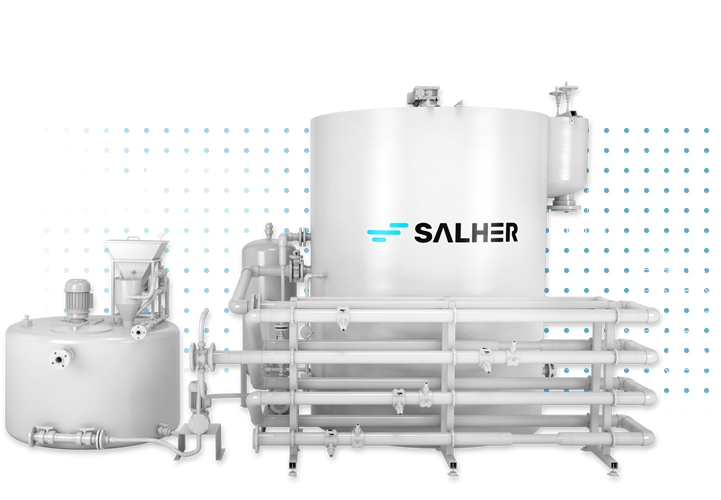