Products for the water treatment

The development of our entire range of products includes an array of complementary accessories, necessary in many cases to improve the functionalities of our equipment.

Salher manufactures sampling manholes CVA-ATM and discharge control manholes CVA-CAM for the inspection and control of the discharge at the outlet of the treatment plant and oil/water separator. The latter is especially sized according to the regulations of the Community of Madrid for any industrial activity prior to the discharge to the municipal collector.

The CVA-P manhole extensions manufactured in GFRP by Salher facilitate the installation of the equipment at a greater depth to save dimensions or protect them from frost and other external agents. For our underground equipment, Salher manufactures the pedestrian folding cover with cut-out extension TTAP which is a foldable cover for the protection and closure of tanks manholes and the cast-iron cover class d 400 TAPA-D40, whose breaking load is greater than 400 kg. 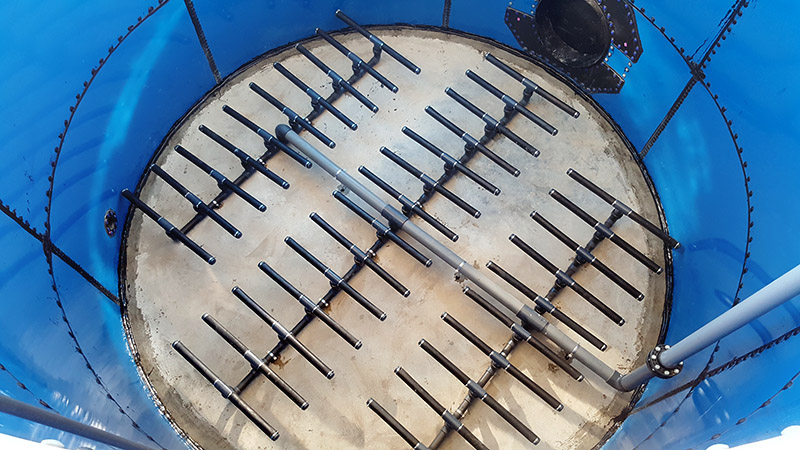 The fine bubble diffusers DBF manufactured by Salher are composed of two PVC tubes connected to a “t” piece. An EPDM membrane develops around the tubes that diffuse the air distributed inside.

The micro-cuts of the membrane work as a valve which releases the air under pressure and closes to the passage of water. As a result, a thin air bubble with small diameter from 0.5 to 1.0 mm, slowly rises to the surface. The performance is considerably improved due to a larger oxygen transfer surface and a longer residence time of the bubble in the water.

Among the flowmeters prefabricated by Salher, we find the Parshall Flume, the triangular flowmeter V-notch MC-VT and the ultrasound meter for open channels MC-CU.

The prefabricated Salher flumes ensure a precise relation between the level and the flow through the Parshall. The models proposed by Salher are the Parshall flume MC-CP, which consists of a GFRP throat to be placed in a civil works channel or the Parshall flume MC-CP-C, which consists of a flume built entirely in GFRP that includes a measuring throat and proportional part of inlet and outlet canal, ready to be connected hydraulically with no need of civil works.

The triangular flowmeter V-notch MC-VT is a flow measurement system with possibility of taking samples, in polypropylene (PP) and calibrated according to ISO 1438/1, with different flow ranges. Its main advantages are a low coefficient of friction, a minimal water absorption and a high chemical resistance. This flowmeter includes a weir manhole made up of a vertical cylindrical box, open on the top, in GFRP (glass fiber reinforced polyester) and housed in a partition with a box built in the same material.

Please consult our engineers for any general or specific questions about this equipment or other water treatment solutions. 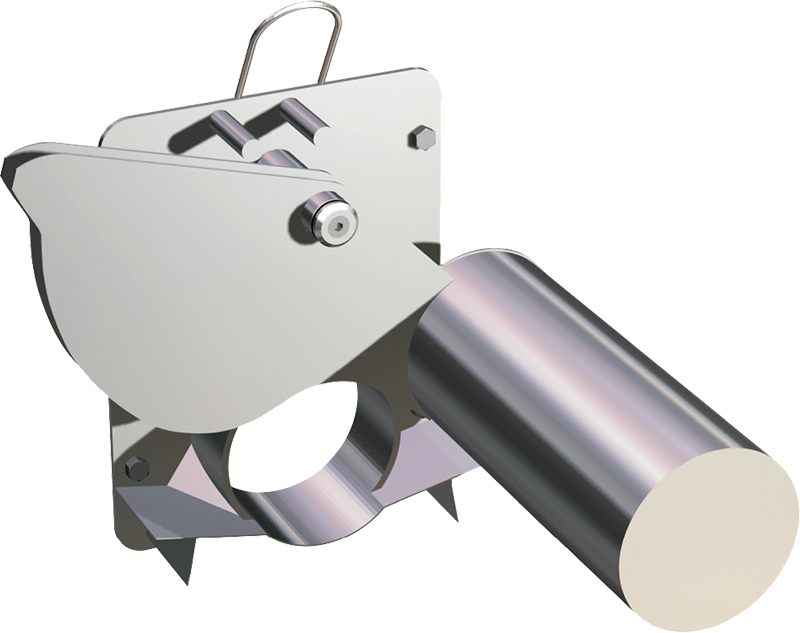 Among the Salher accessories for the separation of hydrocarbons, we highlight the spillways manhole and flow regulators CVC-AARC, made of 304 l stainless steel, with ring and washers in bronze and seat in PEHD.

The flow regulator is installed at the outlet of the inlet manhole, that can be provided also by Salher. The water is stored in the manhole used as a stormwater tank, and then evacuated according to the capacity of the downstream system, through the flow regulator. This equipment regulates the output flow at a constant value, independently of the height of the water in the tank and avoids an oversizing of the normal rainwater evacuation system.

The operation of the regulator consists of a float connected to an articulated arm that commands a shutter diaphragm, which moves in front of the outlet orifice. When the water level increases in the tank, the float rises, moving by rotation and making a progressive reduction of the water outlet section, achieving constant flows with a variation of less than 5%. The flow regulator works automatically, without energy consumption, by mechanical regulator, providing a constant flow and allowing the possibility of manual opening. They are custom-designed according to the inlet flow, the flow to be relieved and the diameters of the water inlet and outlet pipes.

In addition, for the oil/water separators , Salher proposes other products available in the Accessories section of our catalogue such as detection alarms for hydrocarbons, sand and solids and maximum levels, as well as the dissolved oxygen meter.

Salher deodorizing accessories are very efficient in the treatment of odors issued from wastewater treatment plants. The CARBO-VENT is a filter in charge of the treatment of polluting gases from the ventilation of WWTP and septic tanks, such as hydrogen sulfide, methane and other annoying gases. This filter, which works continuously with long service times, is filled with different types of granules with specific functions depending on each need, their color change depending on the degree of depletion. The CARBO-VENT operates from -10 to 50°C and it is installed at the outlet of the ventilation line in a vertical, horizontal or angle arrangement. In addition, it allows connecting several equipment in parallel.

The CARBO-SAC is a filter to treat polluting gases, such as hydrogen sulphide, mercaptans or volatile organic compounds (VOC’s), from sewage treatment plants and pumping stations, ideal for installation inside machine sheds. This filter is designed to continuously treat flows of 328 to 768 m³/h. Three different types of granules with specific functions operate inside to obtain the highest efficiency and longest useful life, these granules can be changed depending on the gases present.

Please consult our engineers for any general or specific question about this equipment or other water treatment solutions.